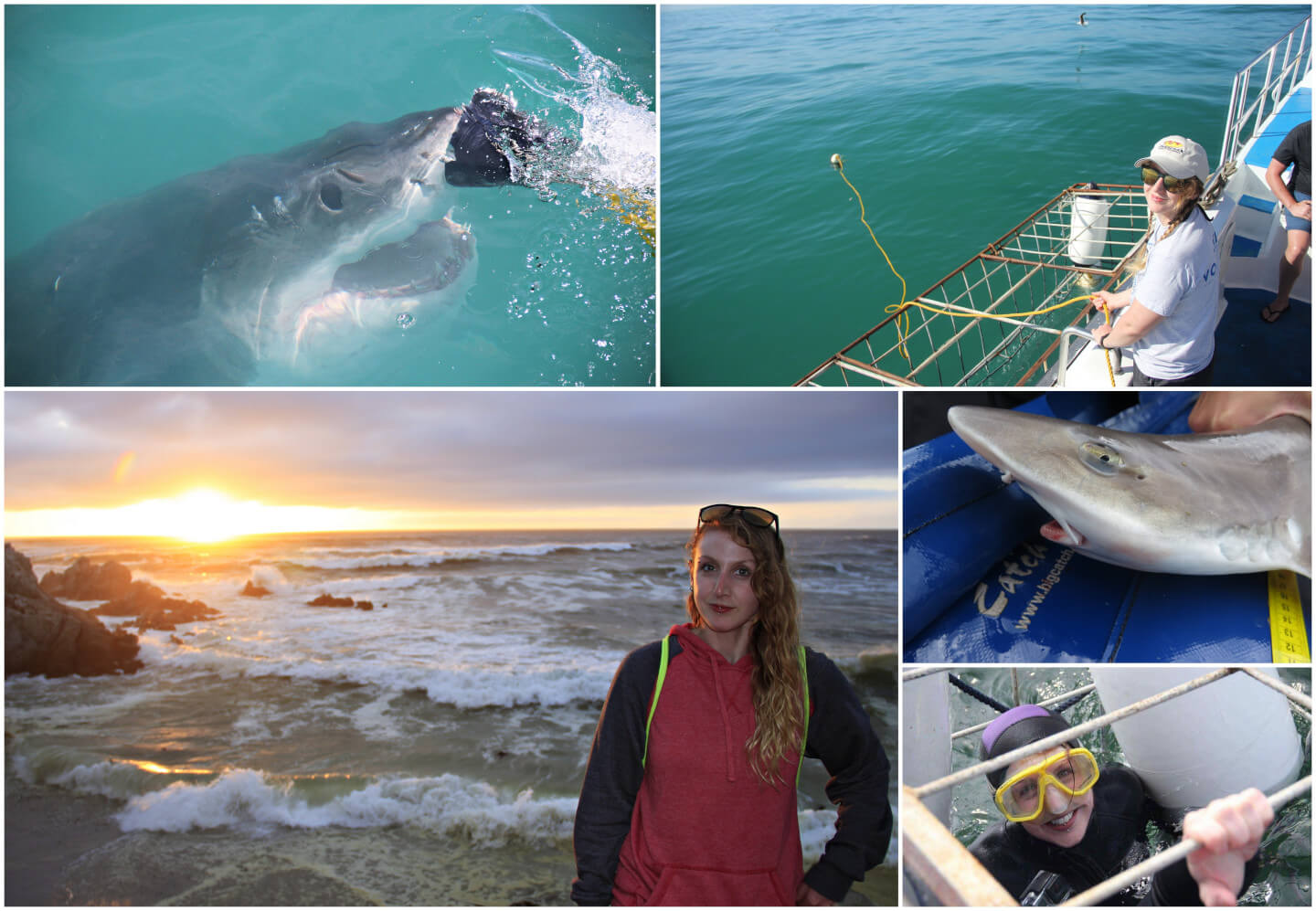 Waking up to the alarm of unfamiliar bird calls and a sunlit mountain view from the window of the backpacker’s lodge in Cape Town was my first taste of the surreal experiences that would unfold over the course of my stay in South Africa. Even the short trip from Cape Town to Gansbaai that served as my initiation to this country could be considered a memorable journey of its own. Upon exiting the city, the beauty of Cape Town proper quickly gave way to a series of post-card vistas along the coastal drive, which kept me continuously guessing as to the type of landscape we would find around each turn and mountain range.

My arrival in Gansbaai was followed by an immediate introduction to the crew, to our vessel, White Shark, and to the glistening southern sea on which we would spend much of our time in the following days. Despite not seeing any sharks on this first day due to a mysterious scarcity which had left the bay empty and crews baffled for nearly a month, I was already aware of how quickly I would fall in love with South Africa. As luck would have it, the sharks have since begun to re-emerge, allowing me my first few glimpses of the animals that had always felt more like myth than reality. My first time in the cage was a complete success, and I was granted a face-to-face with a spy-hopping shark that I hope to re-encounter before I leave. Though sightings have still been few and generally brief, each one has been an exciting surprise for both clients and crew, and hopefully a sign that activity will soon return to normal.

Aside from our daily trips on White Shark, I have also been treated to some fantastic braais, spectacular sunsets, and a couple of amazing bike rides along the coast with my house-mate, Imke. I have had the opportunity to try my hand at shore-fishing, and have also taken part in what was possibly my favorite experience thus far, a day of shark fishing and tagging in the bay. This gave me the chance to see and touch shark species that I had never encountered previously, learn some research skills, and spend a gorgeous sunny day on the water in great company.

In just one week I have had more unbelievable experiences than I could have hoped for, and have gotten to be both a tourist, and a field researcher in training.

Imke, Mary, and the WSDC crew have been extremely kind and welcoming, and it is obvious that they want to help me make the most of my short time here. It is a great privilege to be given the opportunity to help improve shark conservation and observe these beautiful creatures, and to be taken in by such a cool group of people with a wealth of knowledge and experience. I am extremely grateful to everyone I have met so far, and am excited for the adventures to come.