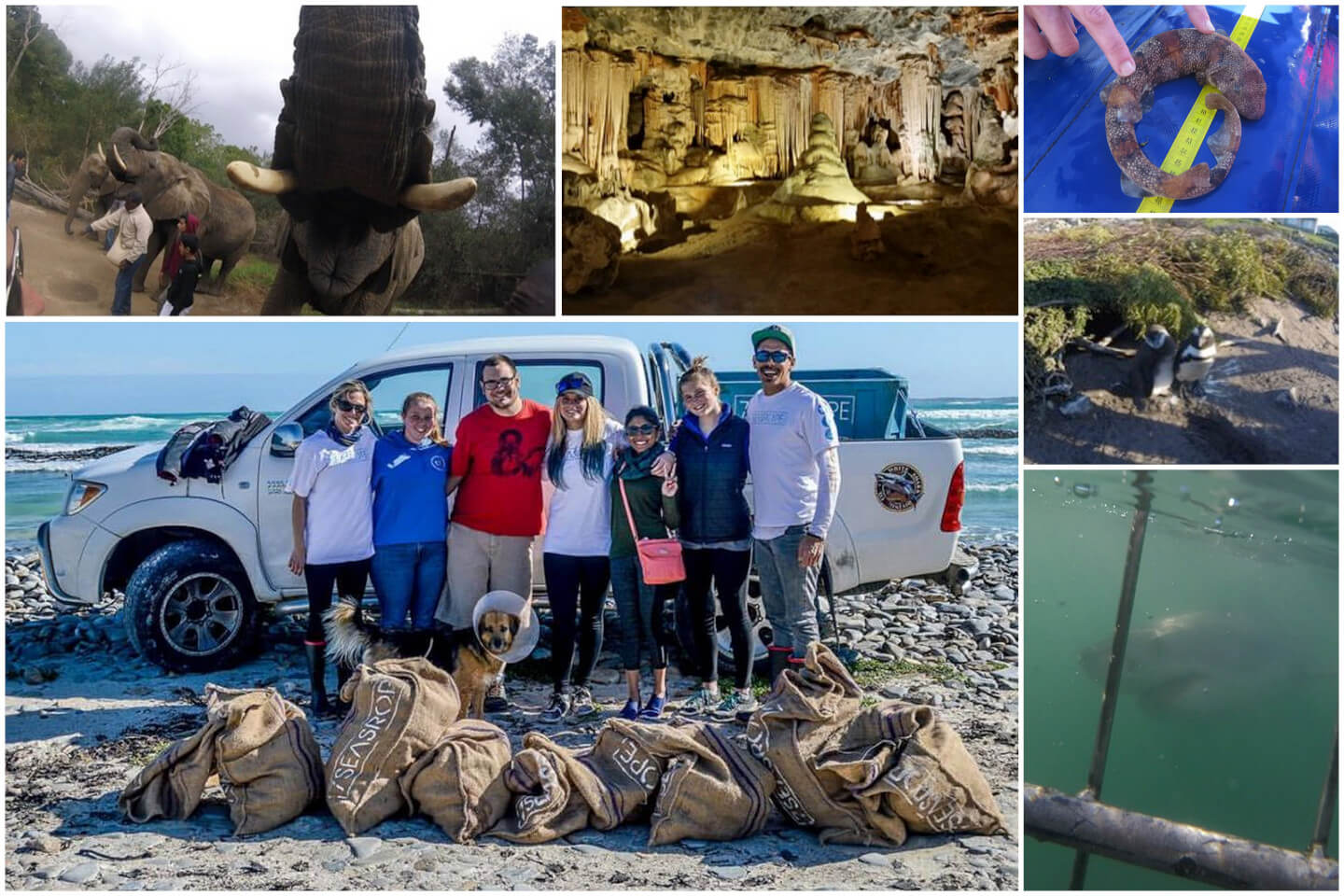 10 years ago, if you told me “Trey, in 2017, you’re going to be spending a month in South Africa volunteering with a shark diving company,” I would probably laughed in disbelief, but here I am, nearing the end of my month in this beautiful country and what a month it has been!

I’ve gotten to experience things here I never dreamed I would actually be able to do. I’ve gotten to see African penguins in their natural habitat at the penguin sanctuary! I’ve gotten to walk an elephant when we took an excursion along the east coast. I have gotten to have one, if not the best steaks I’ve ever had. But most amazing of all, I got to be in a cage in the water with a great white shark.

Great whites as a child terrified me, probably thanks to a seeing a particular movie but thanks to a family with a love of Shark Week and diving, that fear became fascination, so being able to see one in person was truly amazing. Seeing my first white shark is by far one of the best moments in my entire life. Getting into the cage with them tops seeing them from the boat. Being so close to what is probably the most iconic shark made the entire volunteer trip worth it and I will never forget it.

Tagging benthic sharks has been fun too. Despite growing up in Michigan, where I’ve constantly been around lakes, I’ve never been a big fan of fishing. That’s changed with this trip. I’ve gotten to hold sharks, which is again, something I never thought I would do. It was also super cool to see sharks that you don’t typically think of when you think shark.

The people we’ve worked with have been amazing as well. Mary, Imke, Mitch, Lalo, and all the others have been real supportive. I’m super grateful for everything they have done for me and the other volunteers.

So I’m glad I came to South Africa. It has been, as they say here, pretty “lekker”.