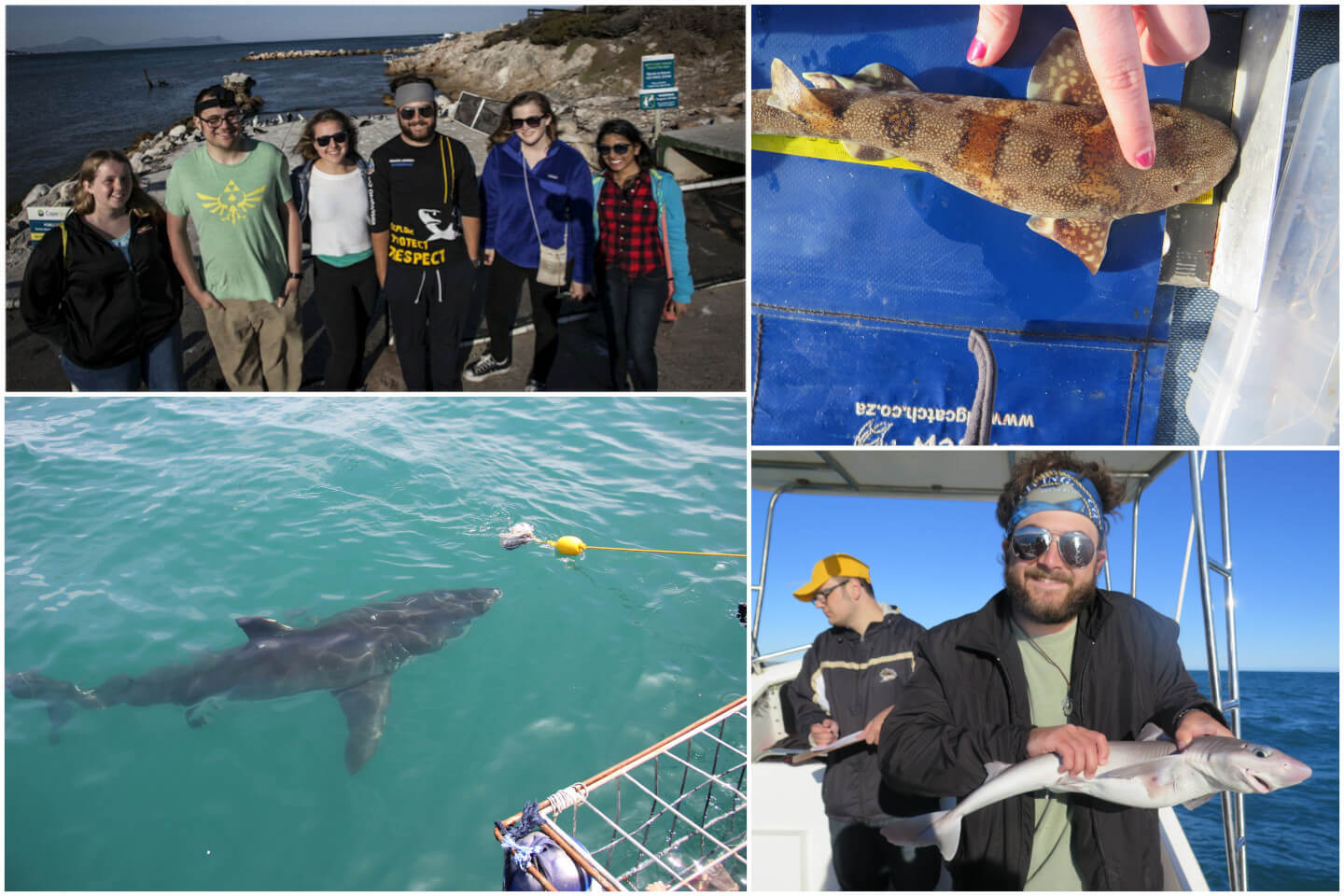 As my time here in South Africa comes to an end I am still in disbelief that I was able to help out in the Great White Shark Capital of the World.

I remember the exact moment my shark obsession started, most likely a similar start for most shark biologists, with the movie Jaws. I was forced to watch the movie as “punishment” for cursing when I was 9 years old. The punishment obviously had unintended side effects. It lit a fire in me that would not be easily put out. I waited and was finally given the opportunity of a lifetime. While in South Africa I had many firsts that I will never forget. I was not only able to regularly cage dive with white sharks, but I was fortunate enough to see two full breaches in person. I scuba dove with blue sharks in open water. I just recently saw a huge pod of dolphins swimming alongside our boat. I fished and tagged smaller sharks such as leopard catsharks and soupfin sharks. This summer has been remarkable to say the least.

I highly encourage anyone with a love for these animals to get involved in this program. As a (hopefully) future shark biologist the skills I have learned are priceless. I will never forget my first time seeing a white shark up close. The sheer size of the animal was astonishing.

Shark Week had not prepared me for this moment. Nobody told me I’d be in the water with animals the size of semi-trailers with unbelievable agility.

The public has painted these animals to have some form of “malicious” intent towards humanity. That is simply untrue. While underwater the only thing I saw was an absolutely beautiful creature formed by millions of years of natural selection. This is a creature that needs to be protected, not feared.