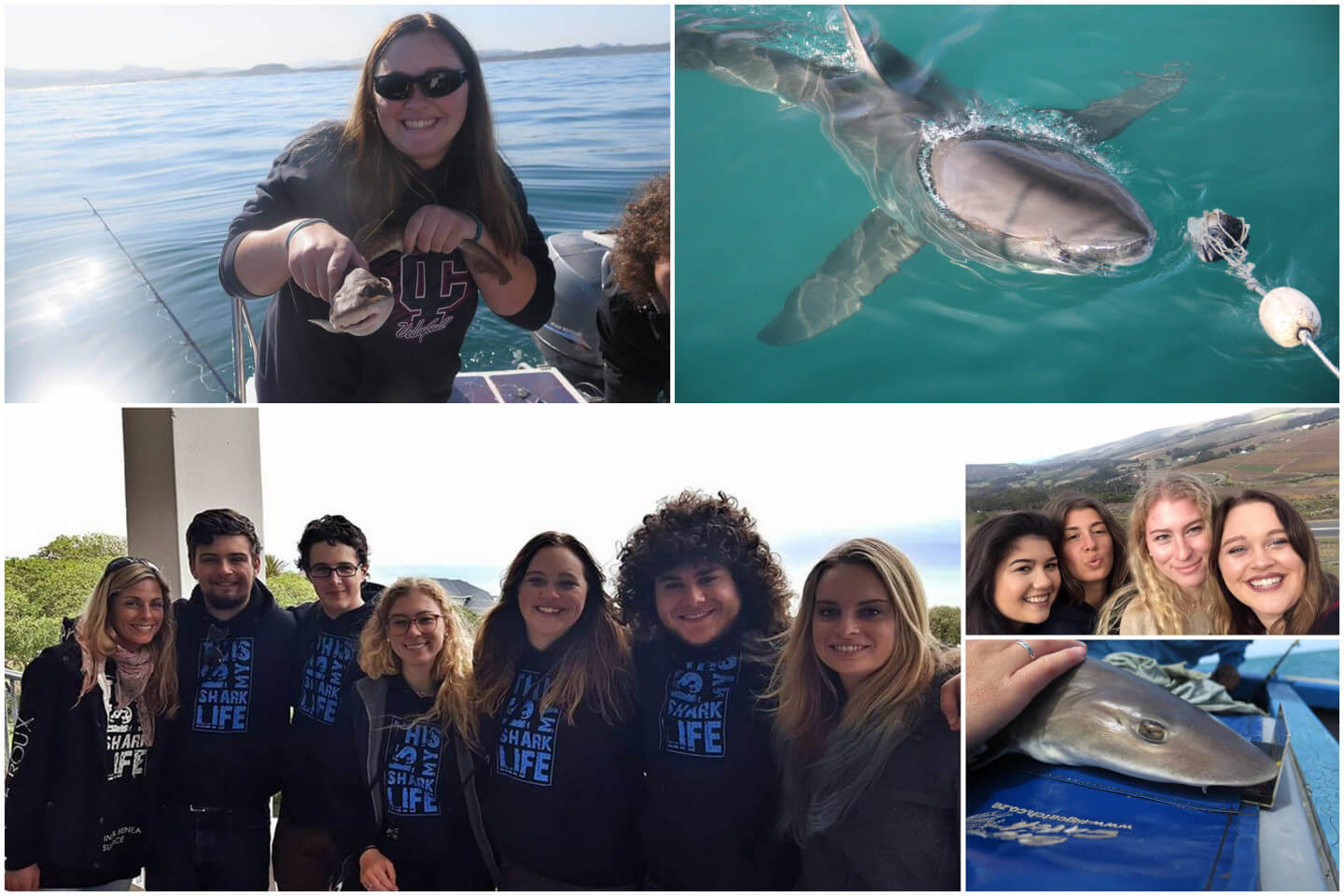 “The bad news is, time flies, but the good news is that the memories last forever”

This has been, hands-down, the best month of my life. I have gotten the chance to do and see things that I never even knew to dream about. The month is over, but I still feel like it was all just a dream. This month I have met so many life-long friends who really feel more like family then friends, I have been introduced to new foods, new music, to a new perspective of shark conservation. Not only has this month been the best, it has also been the quickest. It literally feels like just yesterday that I was being driven from the airport to Ashanti Backpackers, and then to Gansbaai the next day.

I will never forget the first full day I was in this beautiful country. Waking up at 5 in the morning as we had a two hour drive from Cape Town to Gansbaai. That drive was the first moment where I fell in love with this country. It was dark for most of the drive, but watching the sun rise and the shape of the mountains become apparent as something I’ll never forget. The mountains never stopped, we just followed them all the way to Gansbaai, right alongside the ocean. You look to the left you see the giant mountain range and you look to the right only to find the vast ocean. There aren’t many places in the world that you can find that. Throughout my stay there, that sight never got old. Every time I saw the rolling mountains I found butterflies fluttering in my stomach because it was just that beautiful.

Ever heard the saying “Time flies when you’re having fun”? Well it is 100% true, especially for me this past month. Everything we did happened so fast, it was there and then gone. It literally feels like just yesterday that I got the email from Mary saying she wanted me on her team, and at that time I didn’t know how much of a gift that would become. Since then I have gotten the opportunity to help take data of the white sharks on the dive boat and tag smaller sharks on the research boat, watch a Great White Shark dissection.

Those are some things that I never thought that I would get the chance to do this early in my scientific career.

One of my favorite things that I got to do was watch the sunset from a cave. We had been planning to watch the sunset for a while, but we didn’t actually plan that well because we almost missed it. We ended up picking up some other volunteers and heading to this local hangout spot. In order to get to the spot, we had to follow a path of sand and rocks down a hill. But instead of a leisure stroll down the hill, we were instructed to sprint down the hill. All for the sake of the sunset of course. Mitch was very adamant about us being down at the cave before the sun actually hit the mountain. It wasn’t until we had finally got down the mountain and settled that we realized why he had such an intense persona about him at this moment. This moment I will remember forever, my first African sunset, it was absolutely breathtaking. If I got butterflies at the sight of the mountains alone, there was a whole army just circling faster and faster as the sun got lower and more colors started to appear around the mountains. One of the best things about that night was the people who were there, we had all gotten close throughout the month, and that was really the icing on the cake about this trip.

Every moment that I spent on South African soil mattered, every little detail is important. But it went by so fast, I would try to keep my eyes open as long as possible, but then I would have to blink and the moment was gone. This month was so special because I couldn’t keep my eyes open for long enough. “Don’t blink” I had to keep telling myself, because when you finally give in and let yourself blink, it’s gone, and only the memory remains. These memories that I have, these adventures that I went on, these people I have met, and these lessons I have learned will stay with me forever, I will never forget and I will always tell stories of that one time I spent a month in South Africa helping research Great White Sharks.

“When you are happy time flies very fast, and the faster it flies the more it makes you sad.”