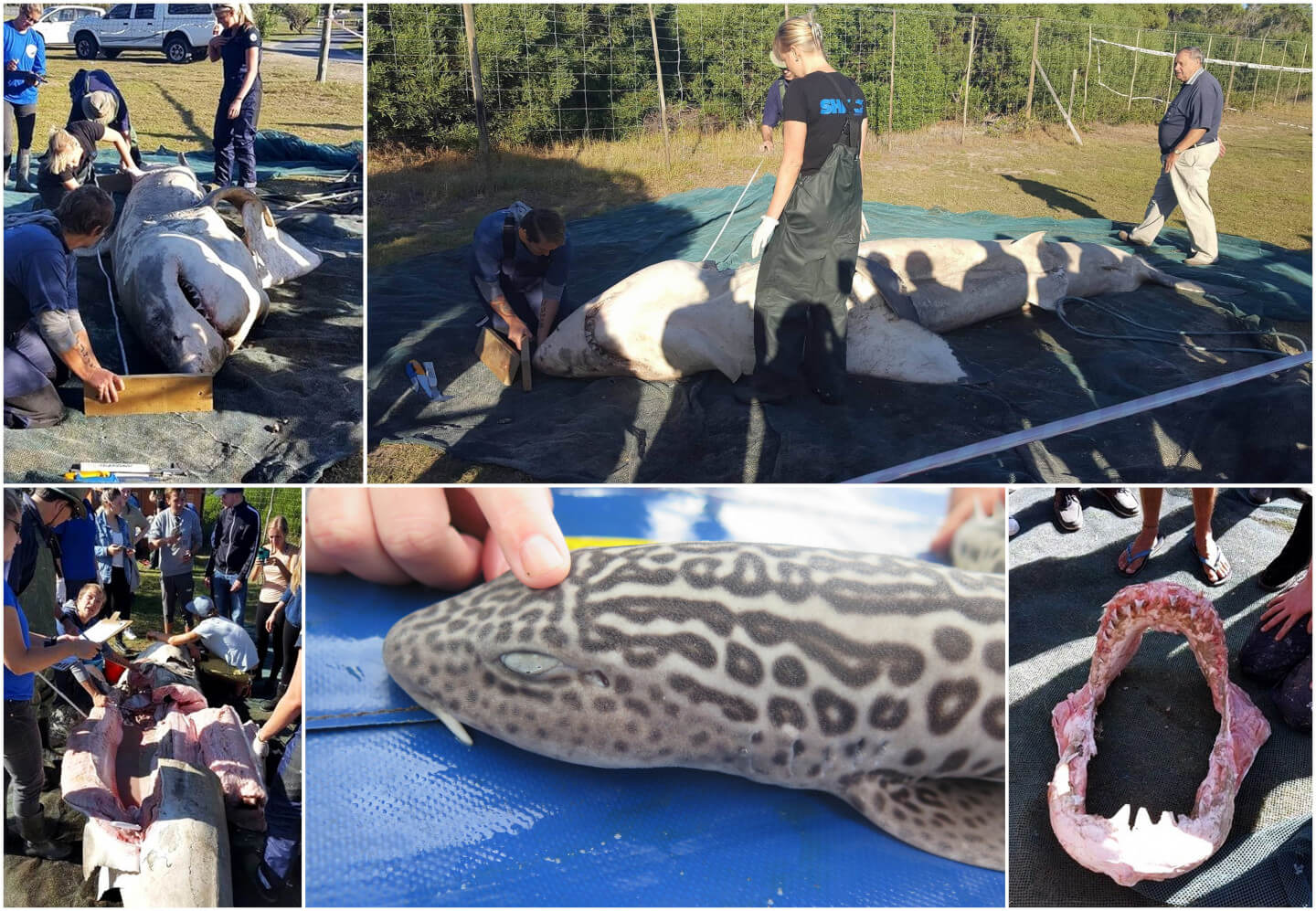 Not many people know how it feels to have a childhood dream come true. I have loved sharks since the first time I dipped my toes in the ocean; I guess I was kind of different in the sense that they never scared me like they seemed to scare everyone else. I remember taking home books from the library in elementary school and they were almost always about a new shark species. Instead of reading fairy tales like the other kids, I was learning about the coolest species in the ocean.

Needless to say, arriving in Gansbaai was probably one of the most excited I’ve been in my entire life. I immediately met Mary, Imke, and two of the other volunteers that would be adventuring around with me for my week there, Donovan and Luis. Everyone was eager to get straight out on the boat to see some Great White Sharks.

Unfortunately, for the next week, no White Sharks were to be spotted in Gansbaai. I know this must sound like the saddest thing for someone like me, who had come to see the sharks; but in fact, I was happier during that week than I remember being in months. I had the opportunity to go shore fishing a couple of times and caught my first shark ever, a beautiful 80 cm long Leopard catshark. I learned how to properly hold the shark, measure it quickly, take a fin sample, and even how to tag them. This was something I didn’t think I would be able to do for another couple of years so I felt incredibly lucky to know how to do those things! I also had the chance to go on the shark diving boat a couple of times and see the magical Shark Alley between Dyer Island and Geyser Rock – a place I had only seen from Great White Shark documentaries and that I finally had the chance to see for myself.

One of the highlights of the week was definitely being part of the necropsy of the largest Great White Shark dissection to ever happen in South Africa. We learned that this female had been attacked by two male transient orcas that only attacked her for her liver, which we learned because it had been missing from her body during the dissection. Over the next couple of days there were more white sharks washing up onshore, all with similar injuries under their pectoral fins from the orcas. These orcas were, and still are, causing the white sharks to leave Gansbaai and the neighboring towns because of how severely they are threatened by these two brother orcas.

This only demonstrates that sharks are not the man-eating beasts that most people think they are – they are scared of some things too!

Overall, I can easily say that this week has been one of the best of my life. I cannot thank White Shark Diving Company enough for letting me be part of the team. I have met and had conversations with people that have done the most incredible work with sharks and have gotten some of the most amazing footage of these beautiful creatures, and I am so happy to have had the opportunity to meet them and call them friends. I feel incredibly lucky to have been with White Shark Diving Co. and for making so many amazing memories in the span of only 7 days. I look forward to coming back, hopefully next time to see some Great Whites!