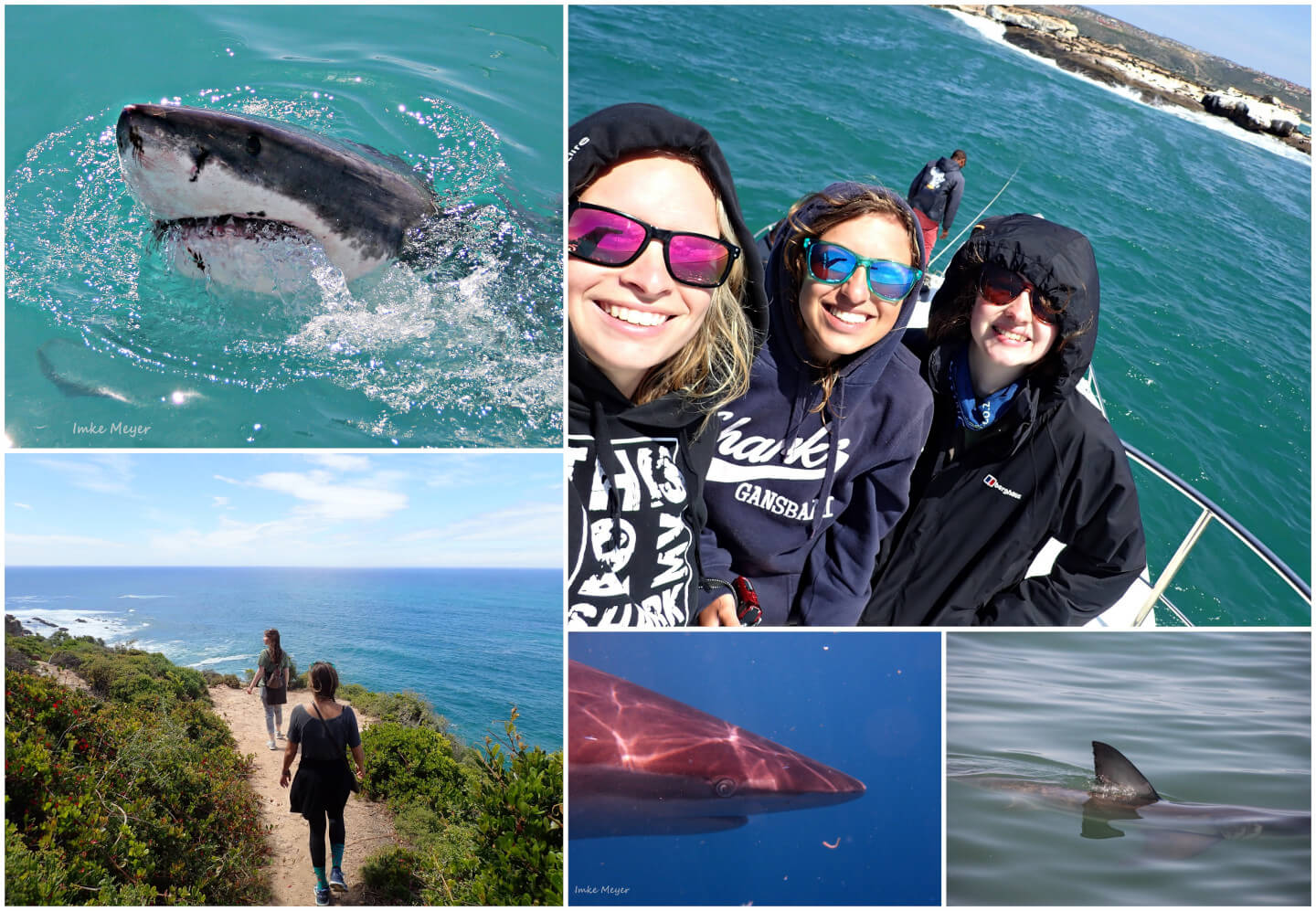 I volunteered at White Shark Diving Company last year for two months, and just had to make sure that I returned! I have been back in South Africa for 6 weeks now, and the differences between this year and last year in regards to ecosystem shifts have been pretty drastic. As a studying marine biologist it has been really interesting to be a part of both experiences.

Last year you could expect to see between 6 and 12 white sharks on every trip. Each individual shark behaved in a different way, the younger ones were much more excitable and curious while the larger sharks tended to be more mellow. Not many would be around the bait at the same time-maximum 2 or 3, as a hierarchy was determined based on size. If bronze whalers were to show up, they were more timid and didn’t come straight up to the surface.

This year we have had barely any white sharks. Since I have been here, I have seen them only 3 times and it was very brief before they disappeared again. It has been an unusual year with two orcas predating on the white sharks and causing the other white sharks in the area to disappear. What everyone thinks is the apex predator disappears in the presence of orcas, and the bronze whalers have seemed to take their place. When I first arrived, the bronzies were very timid and would slowly approach the bait. Gradually over the weeks they became more assertive and would lunge after the bait. We would see between 7 and 10 bronzies at the surface at one time all fighting for the bait, none of them backing off.

Having seen both sides of the coin with Gansbaai packed with great whites and bronze whalers, they have both been amazing experiences in different ways.

The bronzies make you feel as if you are diving in a feeding frenzy, in every direction you turn there are sharks. While the white sharks amaze you with their power and agility.

As sad as it is that the orcas have been hunting the white sharks in the area and scaring the others off, it’s an interesting time to be a part of the research here to see how changing the top predator can affect other species in the area.