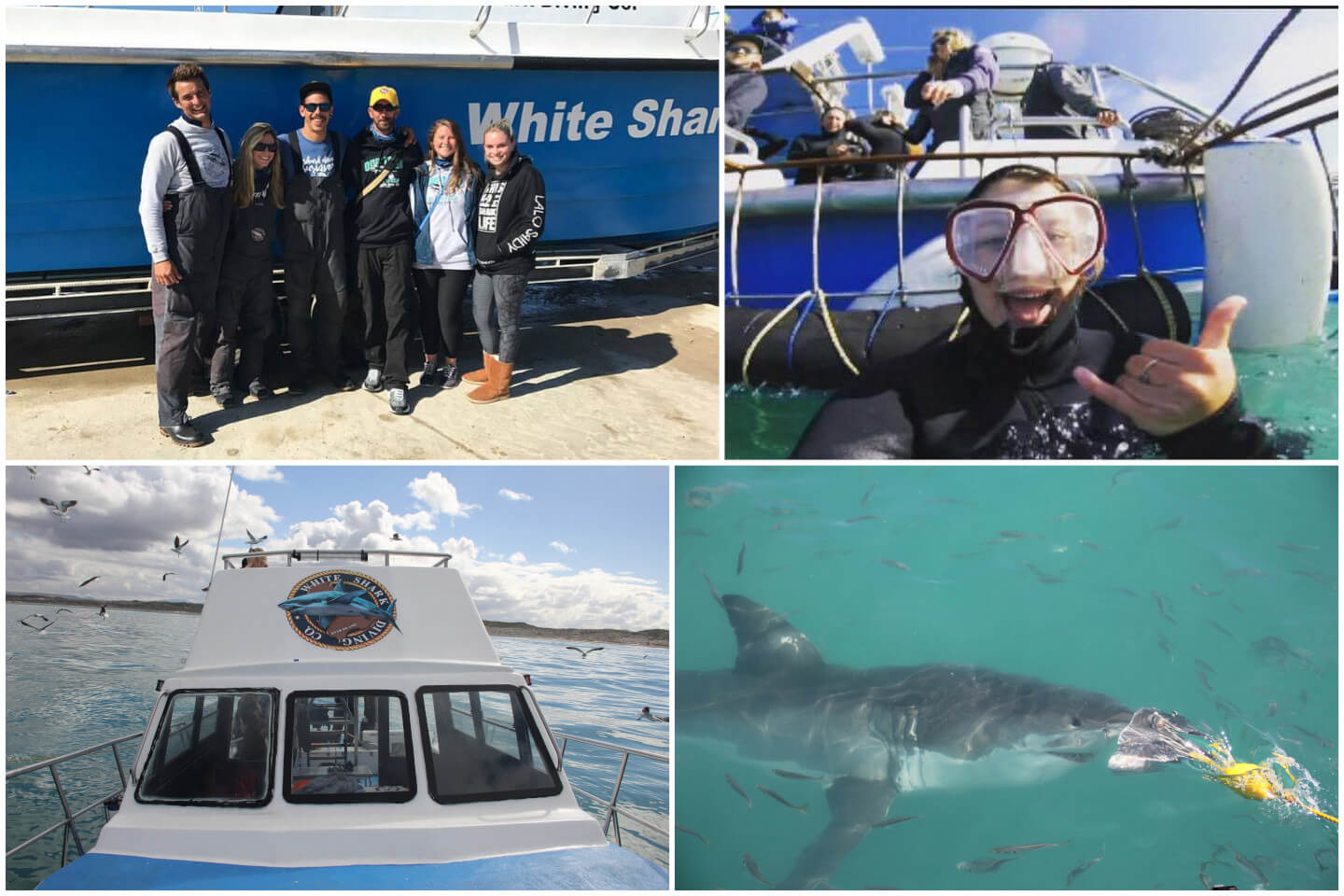 I struggled putting into words what my two weeks with White Shark Diving Co meant to me. I thought about it for a while and realized I was at a lack of words, not because I didn’t know what to say, but instead because those two weeks brought so much experience, friendship and thrill into my life that it is almost impossible to express just how grateful I am that I volunteered with this crew.

Unlike a lot of people who volunteer with this company, I had no background in marine biology, research or sharks. What I did have however, was a love for the ocean and an interest in why so many people are obsessed with these giant creatures known as great whites. I will never forget when I saw my very first great white, not to mention it was the first time the crew had seen a white shark in 45 days. We had been sitting on the boat for a while hoping that one would come. When it did come, it was the complete opposite of what I expected. It was peaceful and beautiful, so empowered.

We spent a lot of days on the boat looking for the big guys, but also, with this company we got to focus on the research. The day on the research boat was hands down one of my favourite days of the trip! Getting to fish for sharks and with each catch knowing you were contributing to the data that would someday help the knowledge of sharks in the area, was incredible.

The friendships made on this trip are ones that can never be replaced. Today is about a month after I arrived in Gansbaai and I still think about the sharks and crew every single day. I cannot wait until I can return again… hopefully for a month this time!